Need some inspiration? Creative films and shows to stream on your favorite streaming services

Technology fatigue is real and at the same time, these streaming services can also be used as tools of inspiration. Here’s a list of some of our favorite creative films and shows to stream on Netflix, Hulu, Apple TV, and Amazon Prime.

I Got A Story To Tell on Netflix

“That album he went deep. That Ready to Die album none of that was done for no money or no glory That was done from his heart.”

The Notorious B.I.G is cemented in history as one of the greatest rappers of all time but his story doesn’t start there. In this Netflix release, we went to see the origin story, the young man, the kid, who grew to impact the world. You get to see how his influences – including his family’s Jamaican roots, his mother’s love of country music, the neighbor who taught him the importance of jazz music – shaped an artist who wanted to help everyone around him that he loved. It’s a tragedy that we lost him at just 24 years old but this legend will never die.

Creative consideration: You can honor the past and influence the present and the future through your creative gifts.

“Looking back over my career – 70 years that’s a muathafucka.” – Quincy Jones to Kendrick Lamar, Quincy

We could sing Quincy Jones’ praises for forever, the man is a legend. In his 2018 documentary film based on his life and career, you get to literally watch him evolve into an icon. You get to literally watch him work with Sarah Vaughn and Ella Fitzgerald and geek around with Ray Charles. His career is insane even BEFORE he gets to Thriller, which is such a groundbreaking commercial success that you almost forget the musicality that was placed into it. After watching Quincy on Netflix, you won’t forget.

Creative consideration: Think about the bigger picture of your career and how you attack it.

“People assume that I became a costume designer because I love fashion but that wasn’t it at all. My heroes were Langston Hughes, James Baldwin, Nikki Giovanni, Sonia Sanchez, playwrights, poets – those were the designers that inspired me.”

Ruth Carter’s appreciation for storytelling and her commitment to how she expresses it is found in some of our beloved classics. From Spike Lee’s Do The Right Thing to Black Panther to Baby Boy and more, this feature gives you the opportunity to take a look at Ruth’s creative process, inspiration, and her life story that informs her approach to her work with some of her biggest fans echoing her praises. “What makes Ruth’s work beautiful is the humanity,” Ryan Coogler shares about Ruth’s artistry. “It never feels like costumes, it feels like clothes.”

Creative consideration: Celebrate and honor the expression of your creative gifts.

Toni Morrison: The Pieces I Am on Hulu

One thing we’ve always appreciated about Toni Morrison is that she lived her life on her own terms and dedicated herself to doing what she wanted to do inside and outside of her craft. The documentary beautifully highlights the story of one of our greatest writers of all time who forever inspires us to hold on to our autonomy:

“Navigating a white male world was not threatening…it wasn’t even interesting. I was more interesting than they were. I knew more than they did. And I wasn’t afraid to show it. You have to be a little tough and rely on yourself. And tell people no.” — Toni Morrison

Creative consideration: Defining dedication and discipline for yourself.

The Defiant Ones on Apple TV

It’s amazing how the storytelling in The Defiant Ones is a collaborative effort. From Diddy talking about that infamous night at The Source Awards to Dee Barnes talking about how she “called the police on Mr. Fuck The Police”, the stories of Jimmy Iovine and Dr. Dre are shown through multiple, entertaining perspectives across multiple decades. As it chronicles how their journeys grew and then intertwined to their historic partnership, you’ll watch a masterclass in holding on to your creativity throughout life’s highs and lows.

Cocoa Butter’s The Era on Hulu

Executive produced & hosted by Cocoa Butter lead Chantal Rochelle and directed by video producer Jameer Pond, “Cocoa Butter’s The Era” reminisces on the shared nostalgia of all things ‘90s by looking back at the most iconic moments of the decade. It’s a great way to take re-examine these moments that really shaped Black culture during that time period and how it impacts us today.

Creative consideration: Everything is connected.

Homecoming: A Film by Beyoncé on Netflix

Everything that makes Beyoncé who she is as one of the greatest artists of all time can be found in Homecoming – just watch a thousand times and you’ll get it.

Creative considerations from this film can be found here.

South Side on HBO Max

A good laugh is necessary when you’re stuck in your own head, and HBO Max’s South Side can definitely provide a good one. Not only is it refreshing to see a story outside of LA and NY being told, but it’s told with so much authenticity there’s something for everyone to relate to especially creatives. We all know what it’s like to have to literally work our way up and this comedy makes it easier to laugh at our pain instead of crying about it (or you can do both!).

Creative consideration: Everything is more fun (and also a little easier to bear) when you do it in community.

More Films to Get Your Creative Muscles Going

Catch our tweets from the watch party here. 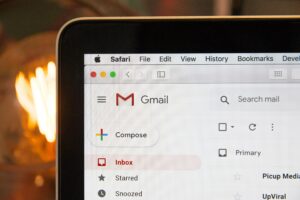 South Side is everything we love: comedy, creativity, and community 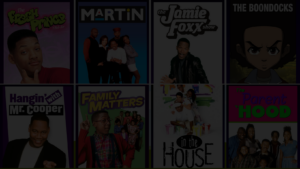