I wish I would have known that I was going to have this idea so that I could have launched it as an app from bat. It took us almost 10 months to make this and we still didn’t have enough time to do the app. I was able to do this during work. But I still had to work. So I would be on about five other assignments while making the game. I just wish I could have had a solve for that in the beginning because once we really got going, it wasn’t really a possibility…although it is now!

Even among the political pollution that is clouding our Twitter feed, somehow, someway, Black creativity still manages to prevail and rise to the top. And it’s an amazing and brilliant and refreshing and a prevalent reminder that no matter how much we absorb from this crazy world, we can still produce some good. Momo Pixel moved to Portland and got tired of women putting their hands in her hair so she channeled that irritation into creativity and culturally relevant entertainment. Read on to find out her story behind the game, Hair Nah. (Yes, the title speaks for itself.)

Tell us about your journey. What skills and experiences led you to create Hair Nah!?

I was a weird art nerd growing up and I wanted to find others like me. So I went to art school. I attended to SCAD Savannah College of Art and Design. There, I just bounced from major to major, trying to find my way but I was interested in everything and I still am. I graduated after learning television production, writing, graphics, and fashion but my degree says visual communications. Lmao! After college I got an internship working at Leo Burnett. My first commercial was for Nintendo. I was a copywriter then. But I was pumped! Because clearly I like video games. Then I ended up leaving the company. I went to Atlanta and started my own art show called Momoland. I moved to New York and was chilling there being an artist. Then I got the call from Wieden+Kennedy. They wanted to see if I wanted to try being a creative for the summer. And well, here I am. But the pixel designing and aesthetic is separate. I started doing that while in college, making pixel accessories. Then while at WK I really got into designing digitally. So Hair Nah is like my first big digital pixel project.

While this your creation, I noticed that your game is credited as being supported by On She Goes, a digital travel platform that helps women of color travel more confidently, more adventurously, and more often. Can you explain your partnership/relationship and how you support each other?

Yea! So OSG is another passion project that WK helped launch. They are really into doing diversity initiatives and things that are good. So OSG was one. And when I was working on the game I had a lot of meetings with them and that is how it became a travel game. I was like oh this is a dope spin on it, let’s do it. They also just helped me and supported me when I was designing and working on the game. Plus they have contacts and I had none. So getting the word out, they were dope with that. Although, that tweet seemed to do. (at press time, that tweet has garnered 27K retweets and 51K likes.) That’s still so crazy to me. 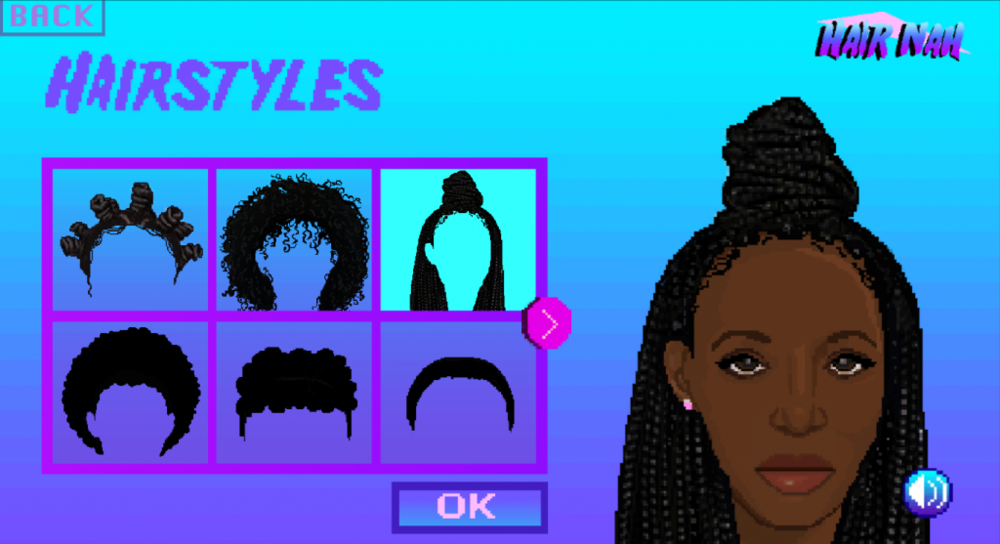 What are some things that you learned about yourself or about your work during this process of creating Hair Nah!?

I’d say I learned that if something is meant to happen for you, it will. I had this idea and I was really excited about it and my job helped me put it out. Which is crazy. So that was a lesson I learned because this game is now out in the world, and ya know it could not have been. Also I AM DOPE ASF lol. I mean I knew that but sometimes we are really hard on ourselves. Often times I feel like I’m not doing enough. I haven’t created enough. I’m lazy. But working on this game, I was like Momo, you got the work ethic of a starving lion, I’m with it. (LOL) So I really learned that I am good and very determined when it comes to my work. I am adamant about colors and aesthetic and that will never go away. Plus I learned how to be quicker with designing. That’s always good. 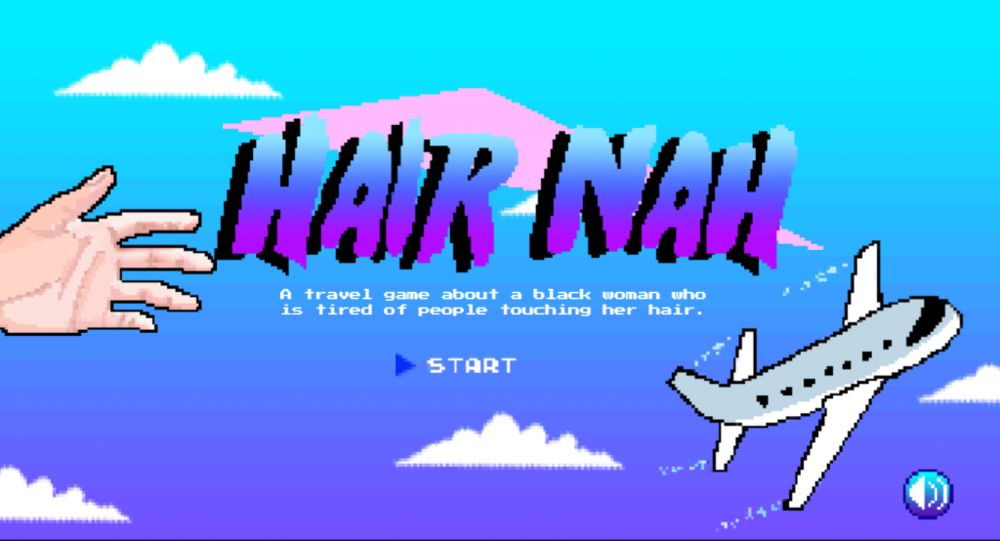 You cite your move to Portland as being inspiration behind creating this game. Where did you move from and how did you handle this transition?

I moved to Portland from New York. So when I say it was a culture shock – it was a CULTURE SHOCK! I went from loud laughs, arguments, and clothes. To quiet. Nothing. Absence of it all. I think when you first move it’s all new and I like newness. So I was like, let’s see. But then that wore off and I missed seeing a diverse group of people. I missed being able to stand on the street and talk however with a friend. I missed the noise and art. I missed the food. I missed everything but the stress and brokenness. Cause New York, will have you stressed and broke and those two things are enough for me to chill in Portland…at least for a few years.

I’m listening to “I Was More” as I work on this interview. Can you tell us about the story behind the music on your Soundcloud page? 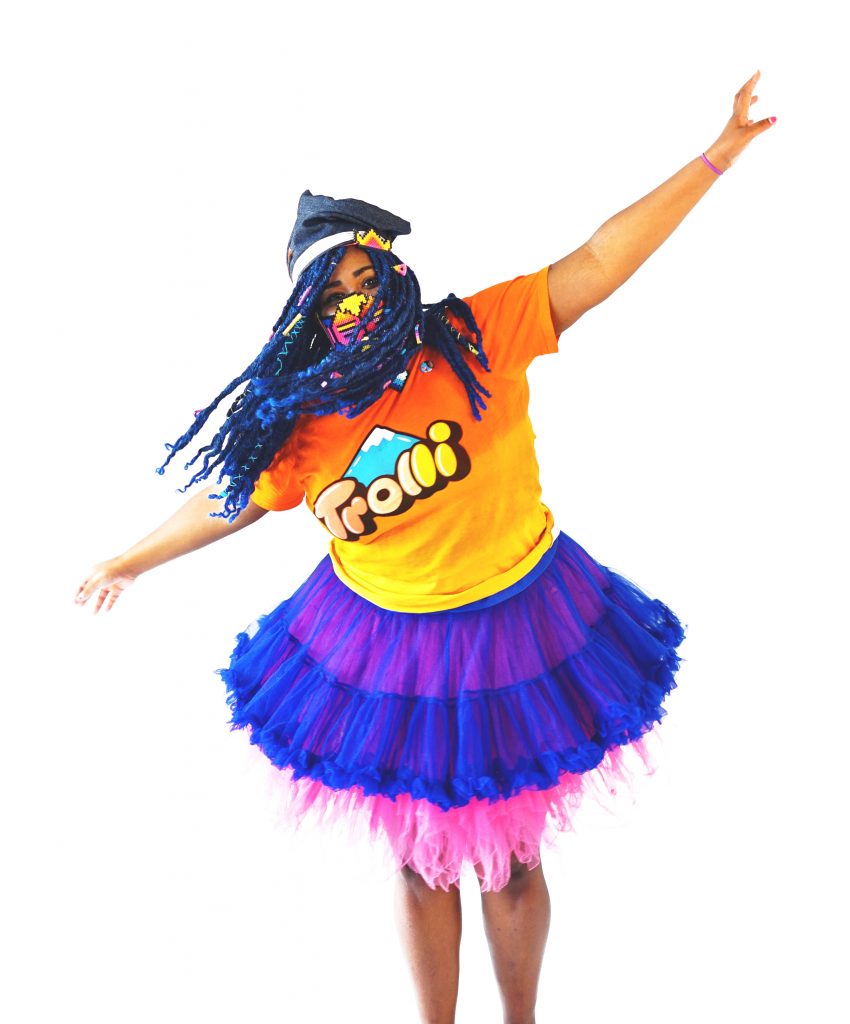 Oh yea! I love music and love to make it. I grew up on Sting, Stevie Wonder, Sade, Anita Baker. It’s just been a part of my life. And I was a child singer growing up. Performing in shows and all that. So yea, I make music. Sometimes I produce too when I can’t find the sound I’m looking for. I’d say my style is: if Jill Scott made electronic chill music. Currently I’m working on a music video for “Push” that shall drop in the near future. But thank you so much for listening!

How can our community support you in your next steps? Give us, at least, two practical things to do, one being a way in which we can monetarily support you.

Haha, well follow me! That way you will know when Hair Nah becomes an app and you’ll know about my other endeavors. I am always creating. So follow me! But of course money always helps. I started a Patreon recently, I’m still trying to figure it out. Momo Pixel on everything.

Community, Emotional Health Support
Slick Woods and The Complicated Cost of Defying Beauty Standards
Community, Emotional Health Support
Netflix’s Maiya Norton on The Strong Black Lead and Why Bringing Black Voices To The Table Matters
Community
Chassidy Jade on The Mane Event, Surprises In The Industry and What Working Since 15 Has Taught Her
Close