One of the things that we love about the cult classic of Martin, is that underneath all of the comedy, Martin was about the community. Throughout the show’s run, Martin always found a way to give back and whether it was with Outkast to save a local theater or participating in career day, he always enlisted the help of his friends. Here at #blkcreatives, that spirit is something we strive to embody on a daily basis – serving our communities.

A few weeks ago, a few of our friends in Houston launched #HoustonCreativesCare in response to the tragedy and have put together the ‘We Are Houston Harvey’ a relief show brought to you by music and culture site, Day & A Dream. Ahead of the show this Saturday, we spoke with Brandon Caldwell, the Founder & Editor-In-Chief of Day & A Dream about working under pressure and in the wake of tragedy, empathy, and why working as a team isn’t just necessary, it’s vital to our existence. 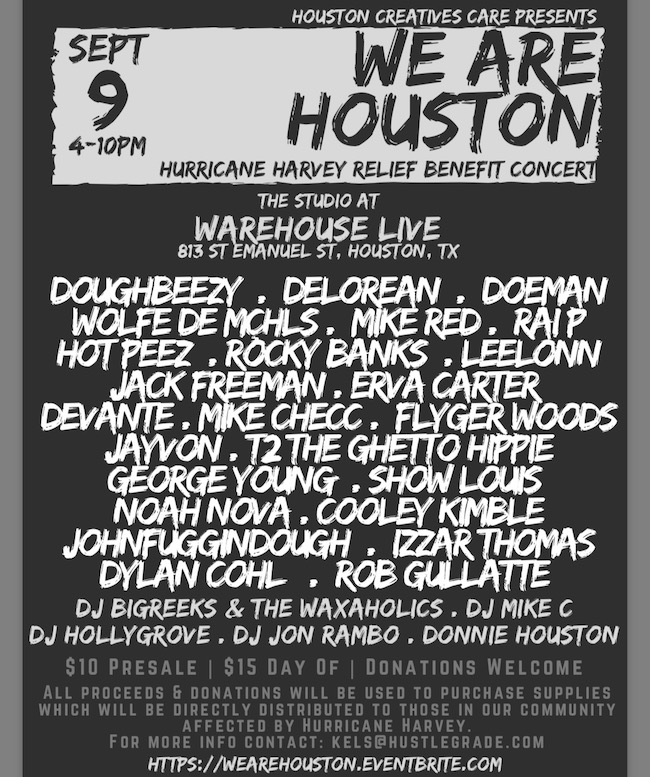 “We had to watch the national media try to portray this storm as something that it wasn’t. People asked ‘Well, why didn’t they evacuate?’ and it made my blood boil because I don’t think people understand the logicistal layout of Houston and I don’t think they truly get that you can’t ask 6 1/2 million people to hop on three freeways to get away from a massive storm. Secondly, this wasn’t your normal wind driven storm. This was a storm that pulled up – I’m gonna use a lot of Houston vernacular here – on 4s, on candy paint and decided to swang, left and right at two miles per hour until everybody felt it. This is a storm that caused once-in-800-years type flooding. It’s one of those things you can’t necessarily prepare yourself for even if you say you’re prepared for everything. With that tragedy, you want to deny that it happened but you also want to pull yourself up to that point where you’re like you know what ‘I gotta do something’. Tragedy galvanizes us in a way that  I wish we felt on a daily basis. But I feel like we only do that work when it affects us directly. The strangest part is that people get so wired to what they feel, to the point where their empathy levels are low, like they can’t see the pain and suffering in another man because they can’t walk in their shoes. But a storm like this, you understand everybody.“

MK: In a matter of days, you and your team put together a relief show with over twenty plus artists. How did you do it?

BC: During the midst of the storm, I was in contact with one of the fine people over at Warehouse Live, one of the preeminent venues in the city in regards to concerts and events. We were both displaced due to the storm – she was in Los Angeles, I was in Atlanta. I always had the idea that if I were to ever put on a concert or a do a show with Day & A Dream, that it would be for charity, it would be giving back. Everybody puts on shows but to be honest, Day & A Dream has always been a brand of service. Because our tagline is ‘music, reviews, and culture’. The culture aspect has been so big for us in these last eight years of operation that even as the idea of a blog goes by the wayside, there are still people who faithfully read, share and believe.

The woman that works for Warehouse is one of those people who faithfully believes and that’s how the ball got rolling. I pitched the idea that had been in our group chat that we established #HoustonCreativesCares, to start picking out donation locations for families and helpout. Once that idea kicked off, we started asking musicians we knew in the city. Doing this for so long, you build up those relationships. We’ve built up these relationships to where people immediately responded back. Once it was all said and done, we had about 20-22 names. It then became [working on] the logistical part of talking to Warehouse, and the general manager and making sure everyone was okay with the venue space. Due to the storms and relief efforts led by the Hive Society, one of the best nonprofits we have in the city, it turned into a staging center for relief efforts. Warehouse Live has helped so many people in this city and in this way, due to the charity efforts, they’ve helped these charities affected by this storm – it’s a beautiful thing to take in.

It feels like something that’s been siting there for a minute but the seeds have always been there. I’d be remised if I didn’t thank these people. I’ve been friends with a lot of these people from #HoustinCreativesCares. I couldn’t have done anything without them. I’m quite thankful for them.

MK: Why do you think it was important for you all to do this as a team? Everyone involved has their own thing, it cold have been easy for one person to takeover. 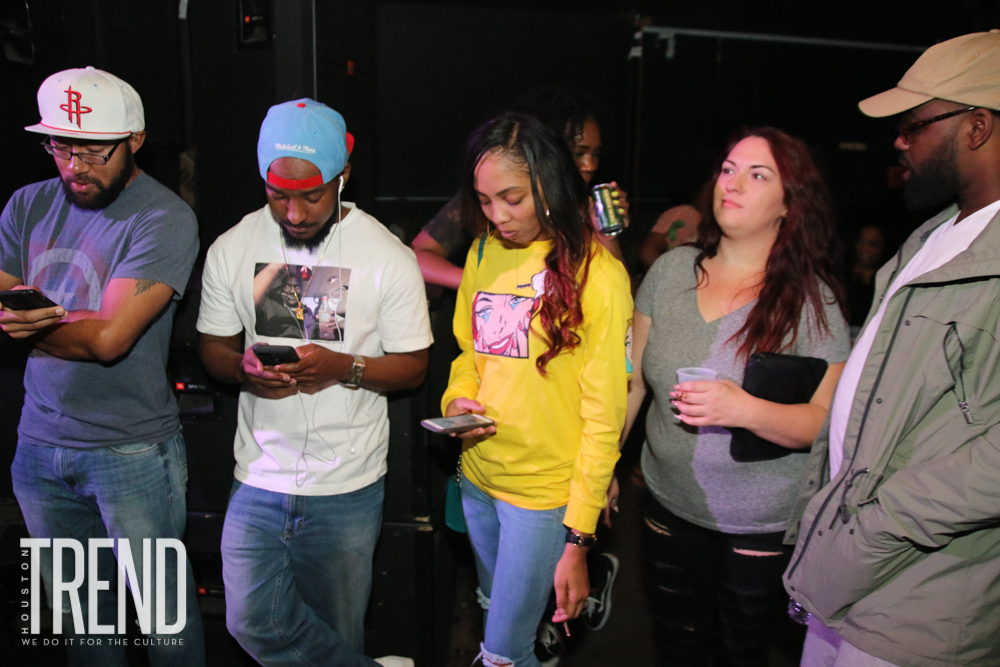 BC: We were all affected by this storm. I had a friend of mine, Cecilia who’s set to get married next month and there were fears that her wedding would be impacted by storm. I have a friend, Monica Jones, who’s a bonafide superwoman in the flesh, and she’s done so much and her Born Identity Project has helped foster so much growth. And Kelsey McDaniel, I’ve watched her just grow into this very opinionated, very sharp and talented being and she branched out earlier this year. The fact that I’ve had a strong relationship with these women and their entities, it’s basically like family. If you’re not gonna work well with family, you’re not gonna work well with anyone. That’s why I think it was important to keep this all in the family and we used the resources we had and developed to put this together.

MK: You mentioned that this is something that you’ve been wanting to do for a minute. It made me think about how tragedy pushes us into taking action. Why do you think that is?

BC: Tragedy pushes us in ways that we don’t know. Tragedy is the bottom. You’re allowed to wallow in your sadness, wallow in your pain but no one is going to let you sit there. And the thing about this tragedy, it’s a color-less tragedy. There’s a phrase being tossed around in sports media in regards to athletes using their voice for social issues. But when you have a natural disaster a moment where everyone perspective is staying, there’s no longer they endured that, You’re affected by it in some way. You may not feel it immediately, but you feel it.

MK: For those who want to help Houston in the coming months, what’s the best way to offer the city constant support?

BC: The best way to do that is monetary. Not to the Red Cross, you don’t know where your money is going with the Red Cross. To be honest, the Red Cross is like giving to a bill collector. Over time, people are going to have the little things that they need in terms of clothes and toiletries and things like that but it’s not gonna keep people’s lights on. We’re gonna have to put these people back to work. We’re gonna have to show out to on all angles. I know there are a lot of people on the ground here are making their donations loud and clear, they’re making donations to help people get back on their feet. They’re making sure that for the people who’ve lost everything. If you give people the means and resources to build their lives back up, they’ll do it. In terms of awareness, you just need to realize that these storms happen. Hurricane season is hurricane season. You can’t lose sight of the fact that What happened in Houston can’t happen here – no, Miami could also endure a massive hurricane with Irma. There’s a storm right now ravaging the Caribbean.

I want people to be empathic towards the common man. Imagine being in a city where you’re homeless and you have to deal with this storm. Where do you go? You can’t run to a house or a shelter – there’s privilege even there. I just want people to be open about what they’re going through because being closed during a time like this, is not gonna help anybody.

Get your tickets to the We Are Houston Relief Show HERE and if you can’t attend, show your support by sharing the tweet below!

[Tweet “#WeAreHouston, powered by #HoustonCreativesCare. All $$ will be donated to those affected by Harvey.”]