The Creative Minds Behind #ToMaryWithLove on paying homage to Mary J. Blige 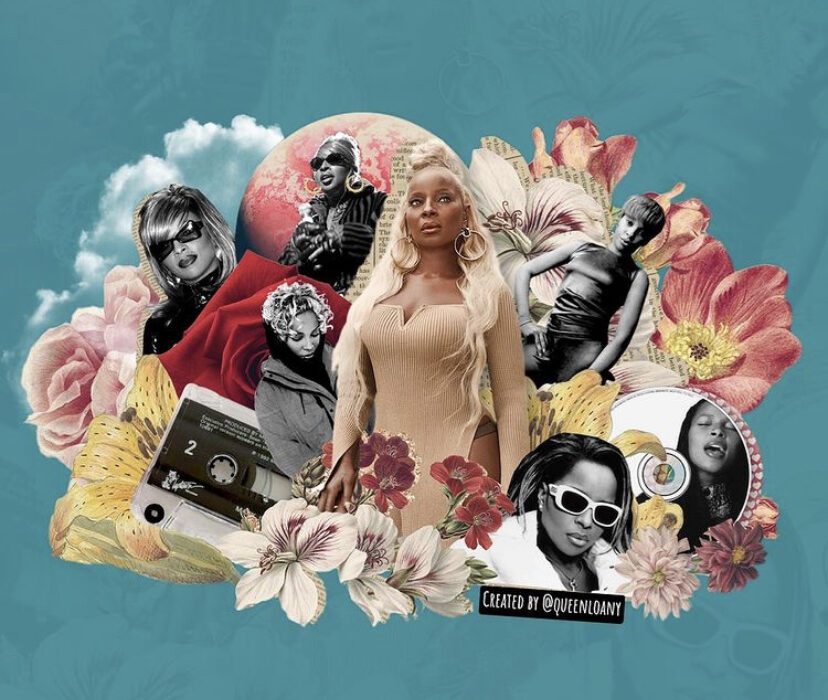 And it’s only a few artists that carry her impact and influence in every aspect of our culture. Hits? You’re still singing “Real Love” at the top of your lungs. Style? You’ve ripped out her picture to take to the beauty shop. Range? You’re a fan of one of her prestigious award-nominated film, TV, and stage performances. The legendary singer marked her place in history in 1992 and the world hasn’t been the same since.

That’s why on January 11, 2021 aka her 50th birthday – “To Mary With Love” brought her celebrity friends and fans together in a surprise, virtual birthday party powered by Professional Black Girl and The Gates Preserve.

This iconic celebration was the brainchild of dynamic Black women who all have a soft spot for our beloved Mary: Professional Black Girl founder Yaba Blay, author, and founder of the #MeToo Movement Tarana Burke, archivist and The Gates Preserve founder Syreeta Gates, and iconic writer and editor Karen Good-Marable.

It features warm voicemails from our favorite icons like Angela Bassett, The Clark Sisters, and Method Man. There are heartfelt love letters from writers like Jamilah Lemieux, Danielle Pointdujour, and #blkcreatives founder Melissa Kimble as well as videos, an archive by The Gates Preserve and even a change.org petition for an official Mary J. Blige boot line.

“Mary’s legacy is our legacy,” said Burke. “She is an icon in her own right as an entertainer, but so many of us can track our lives along the timeline of Mary’s albums.”

"Mary’s legacy is our legacy. She is an icon in her own right as an entertainer, but so many of us can track our lives along the timeline of Mary’s albums.” – @TaranaBurke on #ToMaryWithLove Click To Tweet

Burke and the other digital celebration creators consider themselves super Mary J. Blige fans and they don’t take the job lightly. The plan to celebrate the singer’s birthday had been in the works for at least a year, according to Blay. Blay knew it had to be something bigger than a social media post. They ideated concepts like a coffee table book or magazine, but things came to a halt when COVID-19 hit. Instead of admitting defeat, they pivoted to a digital event.

“Making the celebration virtual felt much more manageable and honestly, in doing it this way, we knew that we would be able to invite more folks to join the love fest,” Blay said.

According to @yabablay, #ToMaryWithLove is a Mary J. Blige "love fest" that you can join in at ANY time. #blkcreatives Click To Tweet

As part of the digital birthday, the event founders created #ToLoveWithMary, complete with Instagram Live videos and mixes with DJ Reborn. Many of the R&B singer’s fans took to social media to pay homage to the singer who not only gave us hits, but helped shape the culture as a fashion icon.

“As the saying goes, it’s important to give folks their flowers. Our community has been on lockdown for almost a year, but joy–in particular Black joy–is as essential as air,” she said. “What better way to spread joy than to gather together (virtually!) and celebrate the 50th birthday of the woman we call Queen?”

"It’s important to give folks their flowers. Joy–in particular Black joy–is as essential as air. What better way to spread joy than to gather (virtually!) and celebrate the 50th birthday of the woman we call Queen?” – @KGoodMarable on… Click To Tweet

Blige’s legacy is one that’s intertwined with a generation of Black women. Not only singing their pain, but also their joy—something that is necessary at all times, the founders say.

“For me her legacy means highlighting the moments in such a profound way that it’s undeniable,” Gates said. “Mary’s contribution to the culture, Black culture, hip-hop culture, music, fashion, entertainment I can go on and on is literally undeniable.”

The hope is that ToMaryWithLove.com serves as a reminder that the singer is loved always and forever.

“We’re certain that her fans tell her all the time that they love her,” Blay said. “So we know she knows. We just want her to know some more,” Blay said.

#blkcreatives participated as a digital partner in #ToMaryWithLove, scroll through the fun we had here.

Click here for a nod to another one of our musical legends.