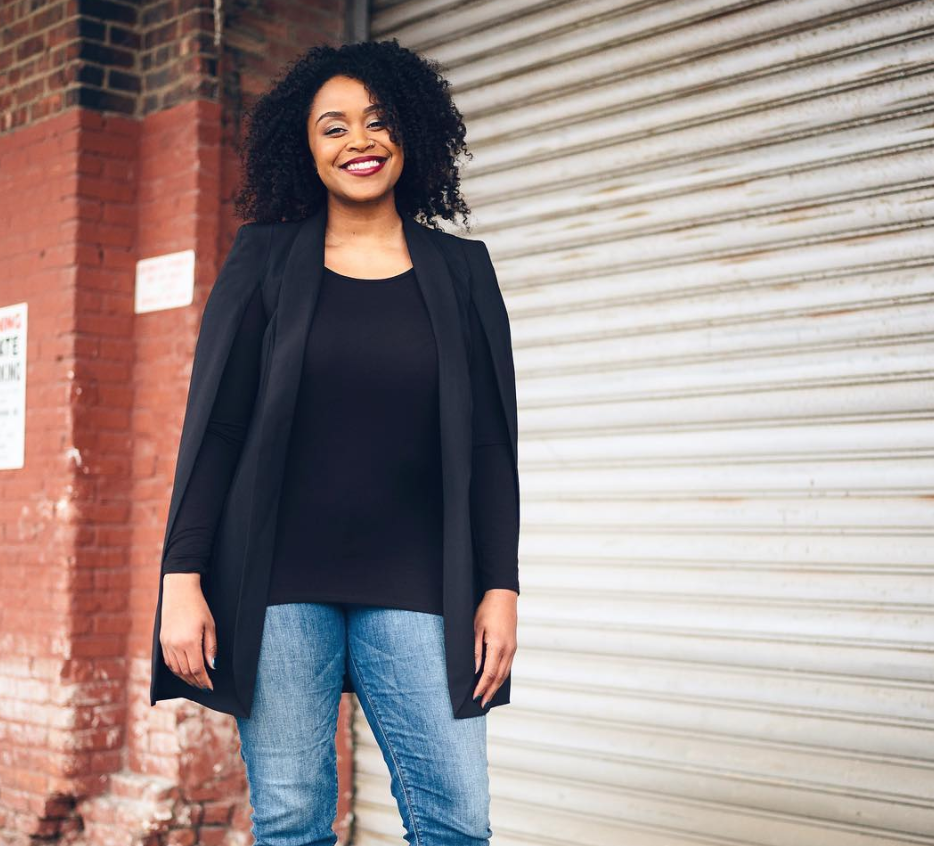 Maiya Norton is not famous outside of her collective of supportive friends and family and those of us fortunate to know her. She steps into spaces with a bright smile and you know that this is someone who is for the tribe, someone who keeps her roots in mind as she steps through the world of digital media. She’s a Marketing Manager at Netflix, she was part of the iconic visuals that announced Netflix’s efforts to uplift black creatives with the striking campaign that highlighted all of the amazing black talent that has graced their halls over the years. The photo of over 40 familiar faces standing on a Brooklyn stoop with unapologetic gazes and the knowledge of their community’s greatness.

Digital content strategist and freelance writer Ashley Simpo chatted with Maiya about her journey through the ranks of publishing and digital media – a path that is not only familiar to Ashley but other Creatives as well.

Intro and Interview by Ashley Simpo

Maiya started out in print media after studying print journalism in college. “I studied Journalism in college – print journalism specifically which makes me sound like a dinosaur. I wanted to do something entertainment related. That’s what interested me and excited me.” Working in print at its decline taught Maiya a few things about diversity. She noticed the difference in treatment between her white colleagues and herself. She notices that black faces were very few and far between in an environment that she calls “elitist”.

“When you have white folks hiring and in all of the positions of bringing in new people, they’re often dipping into their own networks which tends to look like them. It perpetuates the cycle of a lack of diversity.” Maiya skipped around a bit, working at publications like INStyle Magazine, People, Lucky and Entertainment Weekly. She was there to grind, but noticed the low pay was often a reflection of white privilege. “I applied for an assistant position and was told the salary for an EA was $24,000 in New York,” she laughed, “A lot of these girls – their salary was essentially spending money.” When mommy and daddy are footing the survival bill, salary expectations tend to plummet across the board. In spaces where the typical employee won’t be bothered to ask for more and is there solely for the experience, those who are there to also pay bills tend to suffer. And those people are usually the ones of color.

For many Black creatives, the shift happened as the rise in digital media reigned in a new era of content. Disruption became the name of the game and print just wasn’t cutting it anymore. For Maiya, this was her moment to seize new opportunities. “I had an editor that was very digitally savvy and very social media savvy. She knew we needed to ramp up on everything – Twitter, doing Facebook chats with everybody and I started to perk up around social media at that point.” Being able to predict the change in times and go where innovation was leading the industry was a move that bode well for Maiya. She eventually made the hard choice to exit the print publishing world and start at the bottom again by working at creative agencies. “I had been in print for 6 years so I’ve already been down this path in my career. I didn’t think I was qualified for a job at the same level so I was trying to apply for community management roles and entry level roles.” At the agency level, Maiya was able to hone her craft and gain a lot of experience in a compact amount of time. She was also able to meet someone who provided an in at Netflix. Another Black woman, a previous client at Laundry Service – the creative agency Maiya worked for at the time – had taken a job with Netflix. “She went to Netflix and we had remained in contact. She basically called me and asked if I was interested in joining the team she was putting together.” The rest, was history.

At a large organization like Netflix, with seemingly endless resources and a giant budget for experimentation, people of color are able to thrive. There is a culture of – not just diversity – but inclusion. “I heard it described this way once: diversity is bringing someone to a dance. Inclusion is bringing them onto the dance floor,” Maiya said. It is that exact philosophy that breeds spaces which actually encourage people of all backgrounds to be part of the collective conversation. When the Strong Black Lead community started back in December, Maiya was not officially hired to work on the projects, she was simply invited to sit at the table and provide her input and perspective. Without such a collaborative approach to creativity, the project may not have had such a powerful impact in stimulating conversation the way that it did. In June, an iconic image hit the scene provoking discussion and buzz all over the web.

What happens when Black voices are given the space and opportunity to create in an otherwise white space? Images of Viola Davis, Spike Lee, Rev Run and Danielle Brooks champion the idea that our stories matter and our icons who interpret them on screen are deserving of wide-reaching praise. Maiya Norton recalled what it was like to be a part of the shoot that day on a soundstage in Los Angeles. “I was assigned to wrangle the ‘Dear White People” cast and it was so much work but it was rewarding because it was this genuine celebration of blackness. It was kind of magical.”

It’s what happens when positive Black influences gather in any space – a BBQ, a day party, a discussion panel. What happens when people of various background give honor to a unified Black experience. What happens when the white gatekeepers of media remember that they cannot create anything for the masses without inviting representatives of our culture to the conversation. Maiya fondly remembers a busy day running around set, sitting in an editing bay and watching the entire cast that day rally around Caleb McLaughlin of Stranger Things, who was tasked with the only speaking role and who’s adolescent timidity for such a job was sitting heavily on his mind. “Lena Waithe put her hands on his shoulders and said, ‘you got this!’. When he nailed it, we all cheered. All this support for this young black boy.”

But the moment of the day, the pièce de ré·sis·tance that brought it all back full circle for everyone there was when legendary actor Alfre Woodard broke out into uncontrollable song. “Alfre Woodard, everybody’s auntie. She led everyone in singing ‘Lift Every Voice’ out of nowhere and everyone started singing. It gave all of us goosebumps. This elder and this moment of fellowship. It was black as fuck and beautiful and uniquely us. It was just us.”

Knowing your worth is not something people of color have been told to investigate nearly as much as they should. Especially not in a professional environment built on elitist prep-school connections and trust fund safety nets to cushion the blow of establishing a budding career. Maiya’s journey is not unique, but it is one that reminds us how important it is to exist in spaces that allow us freedom of thought. Whether that is a giant beast like Netflix or a small start-up, we have to remember what our ideas can foster in the world and how important our stories are to tell and hear.

Maiya Norton is a creative storyteller, music curator and marketing professional working and living in Los Angeles. To follow her story, find her on Instagram at @maiyanorton or go to her website: http://www.maiyanorton.com/

Community, Emotional Health Support
Slick Woods and The Complicated Cost of Defying Beauty Standards
Community
Meet Momo Pixel, The Creator of The ‘Hair Nah’ Video Game
Community
Chassidy Jade on The Mane Event, Surprises In The Industry and What Working Since 15 Has Taught Her
Close